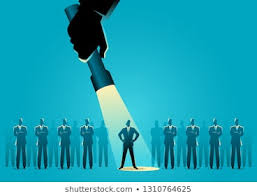 Matthew 4:18-22
“As Jesus was walking beside the Sea of Galilee, he saw two brothers, Simon called Peter and his brother Andrew. They were casting a net into the lake, for they were fishermen. Come, follow me,” Jesus said, “and I will send you out to fish for people.” At once they left their nets and followed him. Going on from there, he saw two other brothers, James son of Zebedee and his brother John. They were in a boat with their father Zebedee, preparing their nets. Jesus called them, and immediately they left the boat and their father and followed him.”

Have you ever stopped to think of how many people, both young and old were by the Sea of Galilee? Those that were fishing and those that were pitching their tent to wait on someone. Imagine the men, strong and able working to feed their families. As this goes on Jesus walks through what I’m sure we’re hundreds of men, and as He walks He begins to call some individuals unto Himself. He did not call those that were idle. He did not call on them that had pitched a tent while watching others work, rather he called those who were already working. He first called Peter and Andrew who were fishing and shortly after He calls James and John who were working with their father. The very moment He called them they followed Him.

The most important thing outside of their obedience is the fact that Jesus had to first call them before they could follow. Secondly, with all the people that were there, it was only these four that were called. This goes to show that there are individuals that the Lord calls. With that being said and having the understanding that not everyone is called, you who are called must take your calling seriously because it is an absolute honor and privilege. Irrespective of what that call is. If it is to clean the church before and after every service or teach Sunday school or pass out programs, you must do it faithfully because you have been chosen to do so. Another important aspect is their immediate obedience. We are a generation that wants to know everything before we embark on it. As good as that may be in other aspects of our lives, we do our relationship with Christ and our Christian walk an injustice when we seek to run our race and our relationship in that manner. He called them and they followed. This is to encourage you that no matter what the call is that the LORD has given to you, take it and run. You don’t have to know everything before you begin, for in due time the Lord will answer all your questions. Take Him at His word and run and if He chooses you or has chosen you do don’t lose focus.

Out With Old In With New