Do Not Bind Yourself 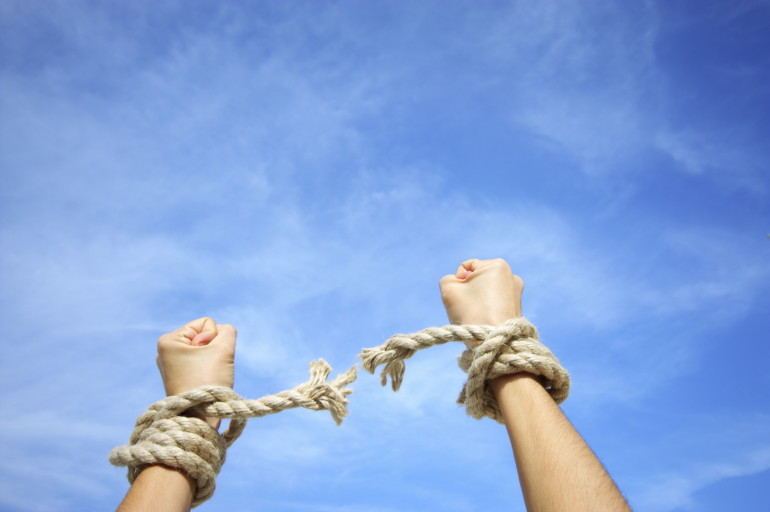 Fear is one thing that keeps most people bound and ineffective. There are many people who have become stagnant in life because of fear. The Word of God says we have not been given the Spirit of fear but that of love, power, and a sound mind. This goes to show that fear is not of God and it is not the will of God for us to be hindered by fear. It is not His desire for us to remain unfruitful and unyielding. One thing fear does is it keeps us from going forward, and by doing so it holds us bound to the chains of complacency and laziness.

Take a look at the Israelites. God in His infinite mercy led them out of Israel, however when they came to the Red Sea they became bound by fear and wished to return to the hell they were living in. The fear of the unknown had them wanting to return back to bondage. Truth is many of us have made a conscious decision to remain in bondage because of the unknown. We have forgotten that we serve the Lord who holds our future. We must understand that the Will of God will not lead us where the Grace of God cannot sustain us.

Do yourself a favor and take a leap of faith today. Be kind to yourself and unchain yourself from the bondage of fear that you have unconsciously tied yourself to. Do not put to death the things God has for you all because you decided to give the key to your freedom over to fear. Live a fearless life because God has already paid the price. Be bold and courageous and venture into the unknown as God directs your path!

Learn To Accept Everything God Gives

Do Not Let Familiarity Rob You