If you cannot be faithful with the few you have, how then can you contain that which is much more than what you have now? A lot of times we ask God to use us and make us. We tell Him that we want Him to make a difference through us, but if we search deep enough we will realize that our hearts aren’t truly in the right place. We ask Him to use us as ministers and leaders to change our churches, our communities, and our schools, but God cannot entrust us with such big task when we cannot handle tasks as simple as interceding in our closets for those in need. We have to prove to God that we can handle few before He can confidently give us more.

Take this scenario, for example. In the last seven months God has been telling you to wash the dishes in the sink you did not make or to put the grocery cart where it rightfully belongs, and yet you still have not been able to obey these orders. Though it might seem so minuscule and irrelevant, these small acts might be there to prepare you and teach you something valuable. The lesson might be a lesson of integrity through the placement of the cart in its rightful place, or kindness through the washing of the dishes. Ponder on this for a while. If you cannot do these things selflessly and wholeheartedly how can you expect God to place an entire ministry in your hands? If you cannot be a change agent in your home, or if your kindness and integrity do not start from home or within yourself, where will it begin? You have to first learn to be faithful with little and God will surely entrust you with much.

We see through this parable that the one who had the least did not see the importance of nurturing it so he left it to rot, but those who nurtured theirs were rewarded. Do not look down on what God has entrusted you with. Do not overlook the minor elements He has put in place to prepare you. Be diligent with what you have regardless of what it might be. Do not compare what you have been given to anyone else. Be faithful with yours, because it is that faithfulness that will decide if God will entrust you with much.

14 “Again, it will be like a man going on a journey, who called his servants and entrusted his wealth to them. 15 To one he gave five bags of gold, to another two bags, and to another one bag,[a] each according to his ability. Then he went on his journey. 16 The man who had received five bags of gold went at once and put his money to work and gained five bags more. 17 So also, the one with two bags of gold gained two more. 18 But the man who had received one bag went off, dug a hole in the ground and hid his master’s money.

19 “After a long time the master of those servants returned and settled accounts with them. 20 The man who had received five bags of gold brought the other five. ‘Master,’ he said, ‘you entrusted me with five bags of gold. See, I have gained five more.’

21 “His master replied, ‘Well done, good and faithful servant! You have been faithful with a few things; I will put you in charge of many things. Come and share your master’s happiness!’

23 “His master replied, ‘Well done, good and faithful servant! You have been faithful with a few things; I will put you in charge of many things. Come and share your master’s happiness!’

26 “His master replied, ‘You wicked, lazy servant! So you knew that I harvest where I have not sown and gather where I have not scattered seed? 27 Well then, you should have put my money on deposit with the bankers, so that when I returned I would have received it back with interest.

28 “‘So take the bag of gold from him and give it to the one who has ten bags.29 For whoever has will be given more, and they will have an abundance. Whoever does not have, even what they have will be taken from them. 30 And throw that worthless servant outside, into the darkness, where there will be weeping and gnashing of teeth.’ 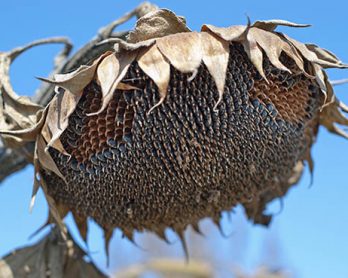